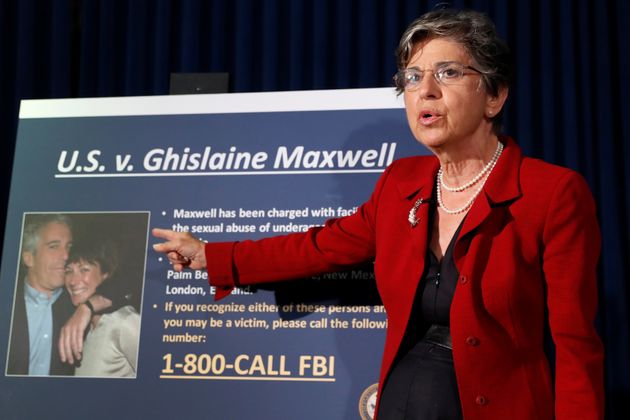 Ghislaine Maxwell, former collaborator of Jeffrey Epstein , was indicted on Monday, March 29, with new charges for trafficking in minors , prosecutors citing an additional victim that Maxwell would have recruited to meet the financial needs of the financier.

Manhattan federal prosecutors on Monday March 29 registered a new indictment against this 59-year-old woman, a former jetset figure, arrested and imprisoned in the state of New Hampshire in July 2020, after several months on the run .

The new act lists eight counts, compared to six previously, to add the offenses of “sex trafficking” and conspiracy of sex trafficking.

While the main accusations against Ghislaine Maxwell have so far referred to facts dating back to the years 1994 to 1997, they now extend from 1994 to 2004.

According to the new indictment, a fourth victim – who remains anonymous, like the three others already cited in the first indictment – was recruited by Maxwell and Epstein in 2001, when she was 14 years old.

She was to, under the guise of massages and for payment in dollars, have sex with the financier at his residence in Palm Beach, Florida.

A request for release on bail already refused on three occasions

At the request of Epstein and Maxwell, this fourth victim would have helped, between 2001 and 2004, to recruit other young girls responsible for providing sexual massages to the financier, according to prosecutors.

These new charges risk complicating the task of the defense and delaying the trial of Ghislaine Maxwell, which is supposed to start in July 2021.

Until now, the latter was fighting with her lawyer to obtain bail.

A request that has already been refused on three occasions: prosecutors fear that the daughter of the late British media baron Robert Maxwell, holder of American, British and French passports, will take the opportunity to flee abroad.

Ghislaine Maxwell is suspected of having recruited several teenage girls for Jeffrey Epstein, in several cities around the world, and risks life imprisonment if convicted.

After being charged with the sexual abuse of dozens of underage girls in his luxurious residences, Jeffrey Epstein was found hanged dead in his Manhattan cell in August 2019.

The investigation concluded with a suicide and dysfunctions in the organization of the guards of the federal prison where he was incarcerated.

Jimmy Curd is a features editor at iPress USA, where He oversees The Broadsheet newsletter and edits the publication’s long-form storytelling, as well as its coverage of gender and business.