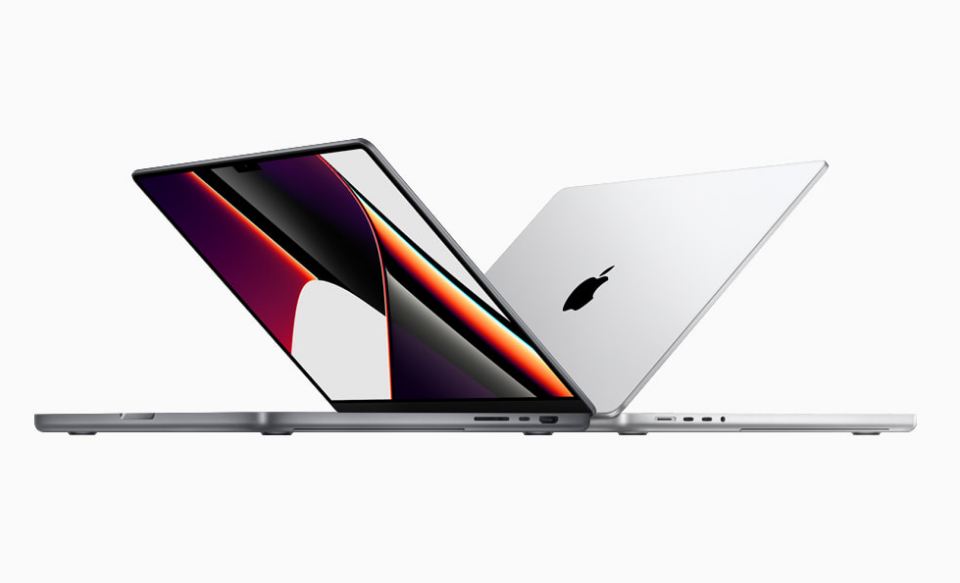 The chips that power the new MacBook Pro feature a 10-core CPU, a 32-core GPU, 64 GB of unified memory, a ProRes accelerator card and the best energy efficiency on the market.

The M1 Pro and M1 Max chips revolutionize the experience offered by the MacBook Pro and mark a major step forward for the Mac in the transition to the Apple chip. On the MacBook Pro with M1 Pro and M1 Max chips, this is the first time that a system-on-a-chip (SoC) architecture has been integrated into a pro system, delivering fast unified memory and greater memory bandwidth for unmatched performance, unmatched performance per watt and the best energy efficiency on the market.
The M1 Pro chip takes the innovative architecture of the M1 chip to new heights. With a powerful CPU with up to 10 cores, including eight high-performance cores and two energy-efficient cores, and a GPU with up to 16 cores, the M1 Pro chip delivers processing performance of up to 70% faster than that of the M1 chip, and graphics performance up to 2 times faster. The M1 Pro chip also offers up to 200 GB / s of memory bandwidth, which is almost 3 times the bandwidth of the M1 chip, and up to 32 GB of fast unified memory. Designed to dramatically speed up professional video production workflows, the M1 Pro chip features a media engine enriched with a ProRes accelerator card and enables incredibly fast and power efficient video processing.